Paper Pickaxe shows the user four CG images that give a preview of what his papercraft model will look like when he finishes creating it. That way, it is clear how the program is translating the Minecraft schematic into papercraft form. Here is an example: 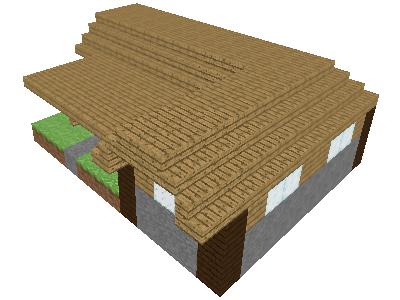 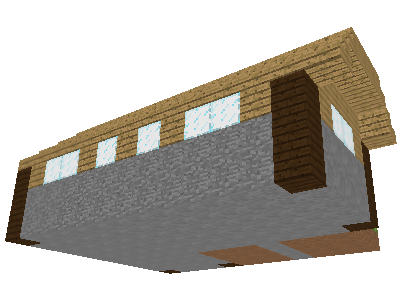 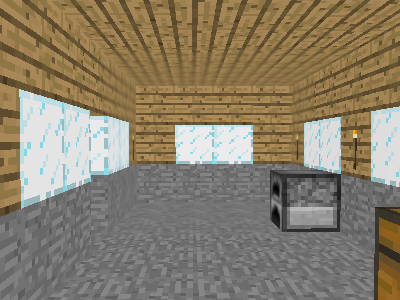 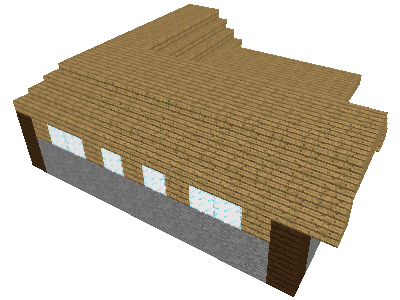 Rather than showing the model from a few preset camera angles, such as top, front, and side, the program automatically chooses the angles based on the model. Since a quick Google search did not turn up any previous work on this problem, I designed my own algorithm. My approach is to choose camera angles that maximize the visible surface area - the number of square units of the surface visible in at least one of the four images. To accomplish this, the program randomly generates a few dozen camera angles and chooses the best ones.

The algorithm also picks several "inside" camera angles to evaluate. An inside camera angle is positioned inside the model's convex hull, but outside the model's interior, and faces a random direction. The program limits its search to positions that are a sufficient distance from the surface of the model, in order to avoid clipping faces that are too close to the camera.

The program randomly selects some planes that intersect the bounding sphere, and for each plane, finds points in that plane that can function as inside camera positions. To do this, it renders the scene in an offscreen buffer using an orthographic projection, with the camera facing perpendicular to the plane. It creates three images for the plane: one for the portion of the scene at least units behind the plane, one for the portion within units, and one for the portion at least units in front of the plane, where d is the minimum allowable distance from the camera to the model in units. These are the "in layer", "mid layer", and "out layer" respsectively. 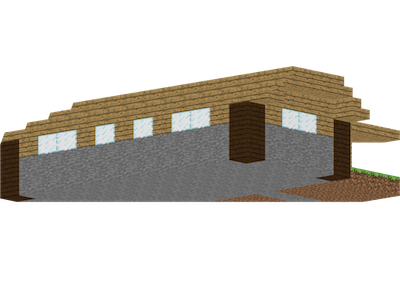 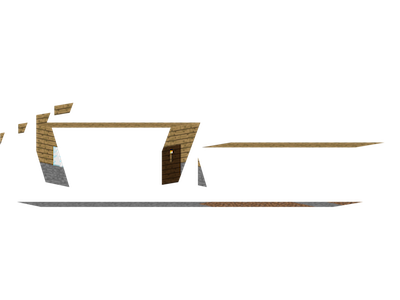 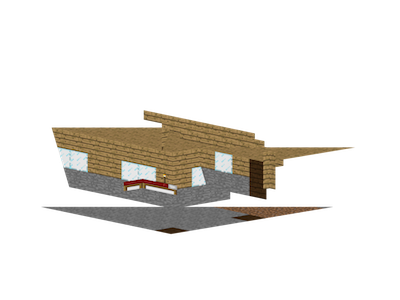 The set of valid inside camera positions in the plane is roughly equal to the intersection of the points in the in layer and the out layer, minus the points in the mid layer. More precisely, a point is a valid if it satisfies the following conditions:

Note that this algorithm will miss some points that are inside the convex hull. However, for every valid inside camera position, there is some plane for which the algorithm will find it.

For each angle, the program computes the fraction of each face that is visible. Rather than attempt an exact solution, the program uses rasterization. It renders the scene in an offscreen buffer, using a different color for each face. It reads the z buffer, obtaining the z coordinate of each pixel. Then, it renders the scene a second time, coloring the entire model white, with a single diffuse light where the camera is positioned. The light has intensity 1, regardless of the distance. 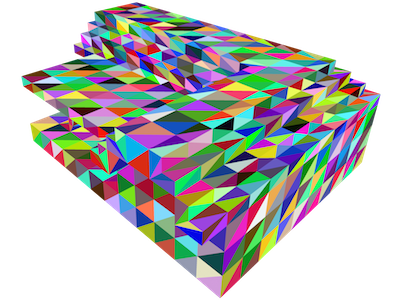 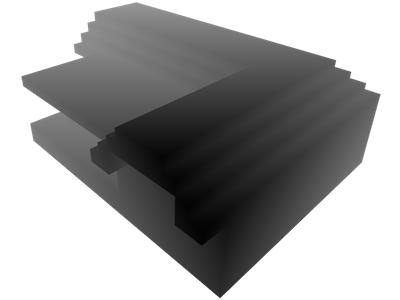 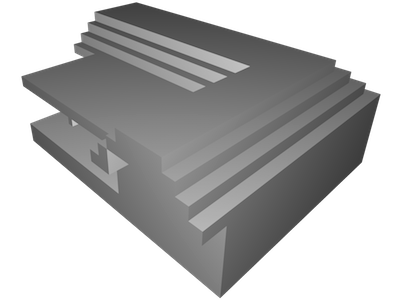 The estimated surface area corresponding to a given pixel is given by the expression , where z is the z coordinate, n is the amount of diffuse lighting, fy is the angle of the field of view in the y direction, and h is the height of the image in pixels. Observe that the area is larger the larger the pixel's z coordinate and the more the face's normal deviates from the ray from the pixel to the camera.

At this point, I inject a slight preference for faces that are facing the camera, on the grounds that faces parallel to the camera, while visible, are more difficult to view. I achieve this preference by multiplying the above expression by , where b is the extent of the bias. (I use .)

Also, I include a preference for inside camera angles, to make it clear that the papercraft model includes any "inside" parts of the model, provided they are technically on the outside surface of the model. In the example, the house's door is partway open, so the "inside" of the house is part of the model's surface.

I hope you found this article useful. If you have any suggestions or corrections, let me know in the comments.